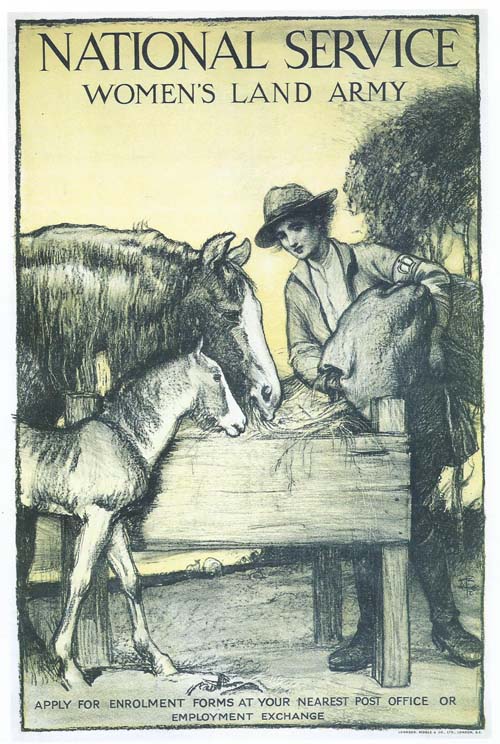 Recruitment posters, suggesting that Britain was on the verge of starvation, appealed to “Women of England! Wake up and answer your country’s urgent call for help”. Local WLA rallies raised interest in the WLA and showed members in their working uniform. Would-be recruits were directed to their nearest Employment Exchange to volunteer or to a local Village Registrar.

A local Selection Committee or Board, formed of members of the Women’s War Agricultural Committee in each county, questioned female applicants as to:-

They had to be medically examined, free of cost.

Women who had previous experience in agriculture and were not already in work, were given priority. Women over the age of 20 were also preferred.

The committees were also looking for women with a stable temperament, so that they could cope with possible loneliness on isolated farms. ‘A good constitution’ was also an important quality for an applicant – work on the land was hard graft!

If recruits were prepared to sign on for 12 months, they could choose whether to work in either the Forage, Agricultural or Timber Cutting sections. But if volunteers were only prepared to sign on for six months, they had to join either the Agricultural or Timber Cutting sections of the WLA. All recruits had to be willing to go to wherever in the country they were required. They were given free railway warrants to get there.