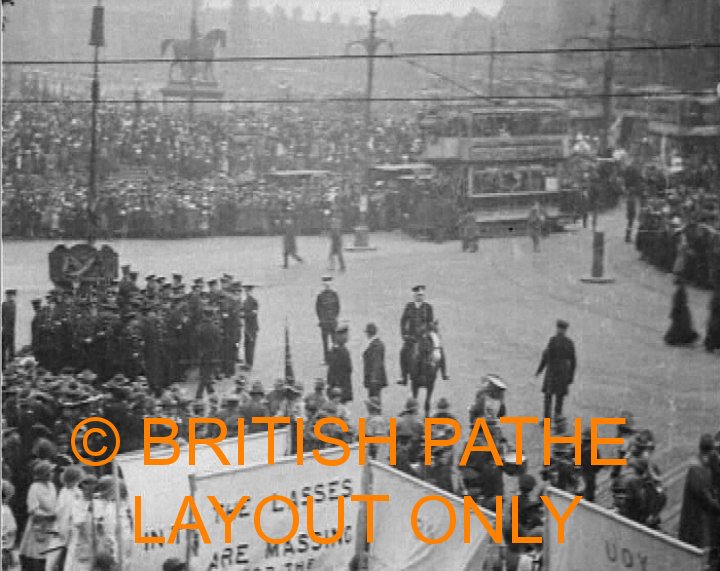 By January 1915 over 100,000 British men who worked on the land had gone to war.  As a result, farmers were finding it hard to carry out their seasonal work and not enough food was being produced.

To help, some women volunteered to work on the land as part of voluntary societies. One example was the Women’s National Land Service Corps formed in February 1916. However, there were still not enough women to do the work previously carried out by men.

War Agricultural Committees were formed in each county to try and help increase the amount of food being produced in their area, but these committees were reluctant to encourage the use of women. They thought that women would not be able to do the physically-demanding work. The Government’s Board of Agriculture tried to change men’s prejudices regarding women working on the land by organising practical demonstrations and competitions throughout the country, which showed that women could do a range of farm work competently.

The creation of the Women’s Land Army 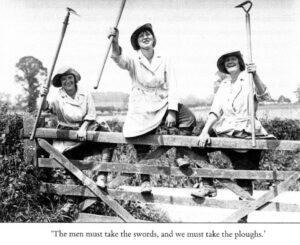 A new Department for Food Production was created. Finally, in January 1917, a Women’s Branch was established by the Board of Agriculture under a Director, Meriel Talbot. In March 1917 she established a civilian women’s labour force of mobile workers called the Women’s Land Army to recruit, train for four weeks and then channel healthy young women over 18 years of age into farm work. These ‘land girls’, as they came to be known, took on milking, care of livestock and general work on farms and were paid  18 shillings a week. This increased to 20 shillings a week after they passed an efficiency test.