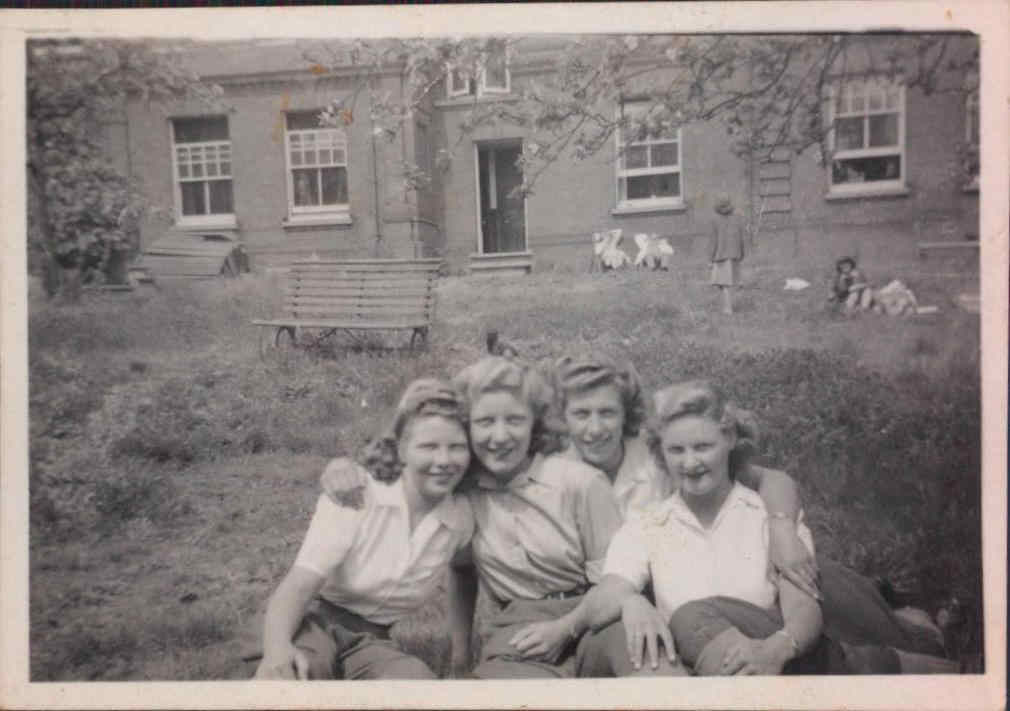 Land Girls’ lifestyles varied according to where their accommodation was and how many other girls were billeted at a particular place. If, for example, they were lucky enough to have an RAF base near them, or indeed an American base, then the social life was going to be livelier when compared with a single Land Girl billeted with an elderly couple. If big military camps were in the area, then Land Girls were frequently invited to dances.

However, not all of the social life of a Land Girl involved men. A somewhat ‘normal’ war-time social life was kept back at their place of lodging. Many had recreation rooms which had comfy chairs, books and a piano or gramophone player  (if they were lucky). The girls had very little time off work. As Snelling recounts, ‘…for in over five years in the Land Army, I had one week off a year and odd days or half-days now and again’. Snelling used one of these days taking out her newly-bought boat on local excursions.

There were many restrictions on social life due to the demanding nature of the farm work. Grimwood comments that there were strict rules on the time in which girls arrived back in the evening. The typical curfew time was 10pm. If girls missed this curfew 3 nights running, they would be moved to other hostels. Disobedience was frowned upon deeply as Land Girls were providing the crops for the nation in a time of war.