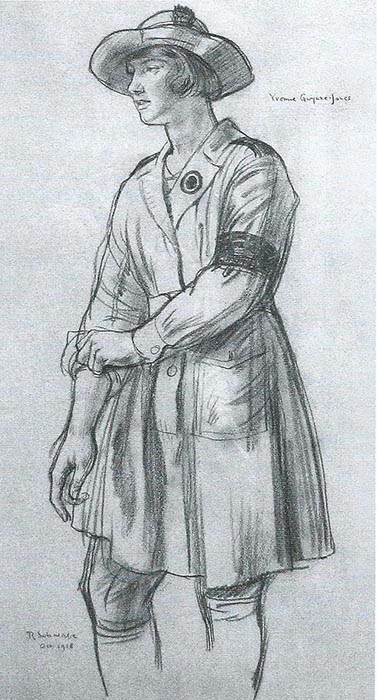 Recruits who signed on for a year to the Women’s Land Army were provided with a free uniform, worth around 30 shillings, which consisted of:

The revolutionary innovation was that land girls were allowed to wear breeches. This was to give them the same freedom of movement as men when doing physical work.

This development, together with the fact that some young women chose to have their hair ‘bobbed’ short, shocked most country folk. These new female land workers were viewed both with suspicion and initial hostility. 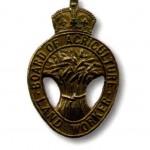 WW1 Board of Agriculture Land Worker badge, often worn by members of the WLA on their hats.
Source: ‘The Women’s Land Army’m p.19 by Neil R Storey and Molly Houseago

Keeping to the Rules…

However, not all land girls dressed according to the official rules!

The Land Army Agricultural Section Handbook, issued to all members, laid down the following advice regarding appearance and deportment:

‘You are doing a man’s work and so you’re dressed rather like a man, but remember just because you wear a smock and breeches you should take care to behave like a British girl who expects chivalry and respect from everyone she meets.’

After three months’ proficient service, the land girl would be presented with a green loden armlet bearing a red felt crown indicating that she was on national service.

There were also good service badges and chevrons which indicated the length of time and the minimum number of hours that they had worked. These could be added to the uniform during their time in the WLA.

In The Archives and Further Reading