Mary Doreen Malpass (nee Elwell), born on 6th February 1928 joined the WLA in 1946, leaving 3 years later in 1949. She was based in Lea Hall, Eccles Hall, near Stafford. She undertook various types of field work on different farms, which proved quite a change to her work before as a shop assistant. She most enjoyed harvesting in the sunshine, but did not enjoy sprout picking on cold days! One of Mary’s highlights was making friends in her fellow WLA colleagues – some of which she met out dancing Friday nights. Later on in life, Mary played a key role in raising money for the WLA and WTC memorial at the National Memorial Arboretum, where at the unveiling, she met Sophie, Countess of Wessex, GCVO. Many thanks to Mary and her son Alan for sharing her memories and photos of her time in the WLA. 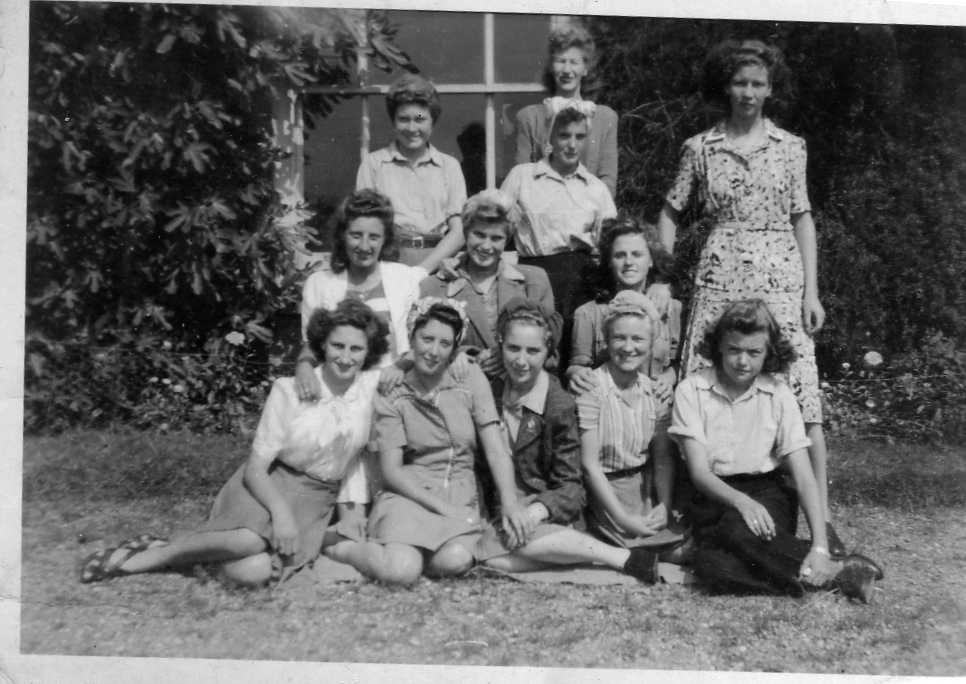 During her time in the WLA, she worked with Jean Cotterel, Nancy Spittal, Kathleen Marsden, Mrs Joan Wise and Joyce Love. 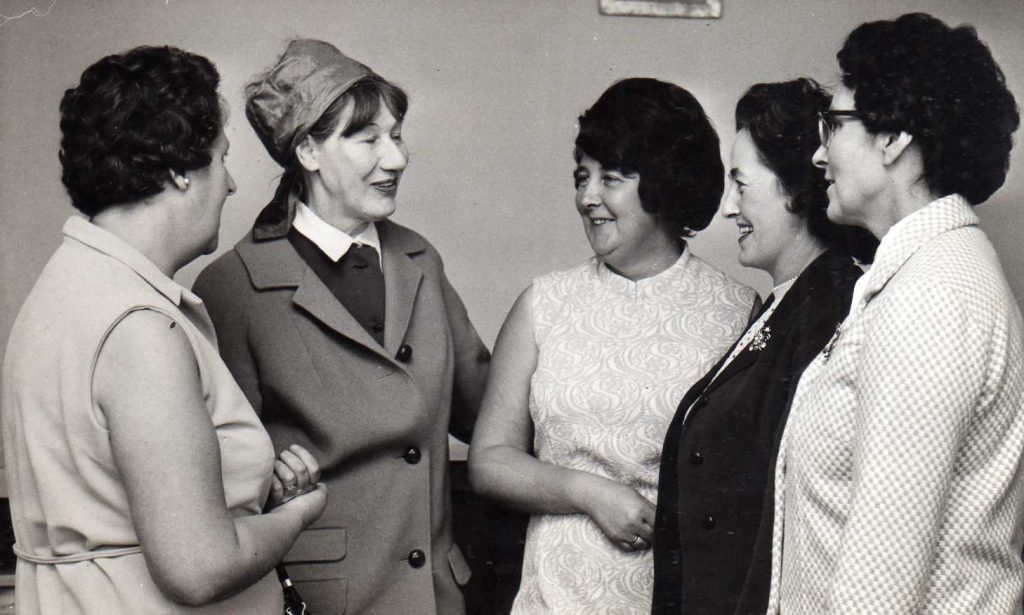 Mary Malpass with friends at a WLA reunion she arranged in 1970. 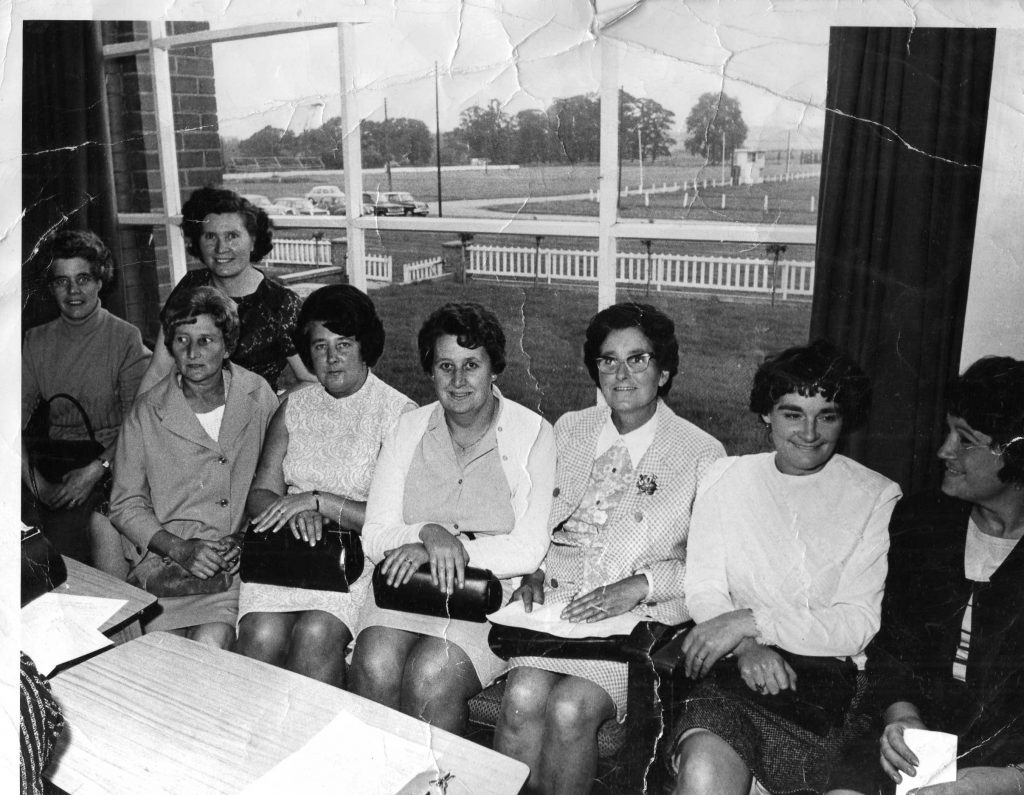 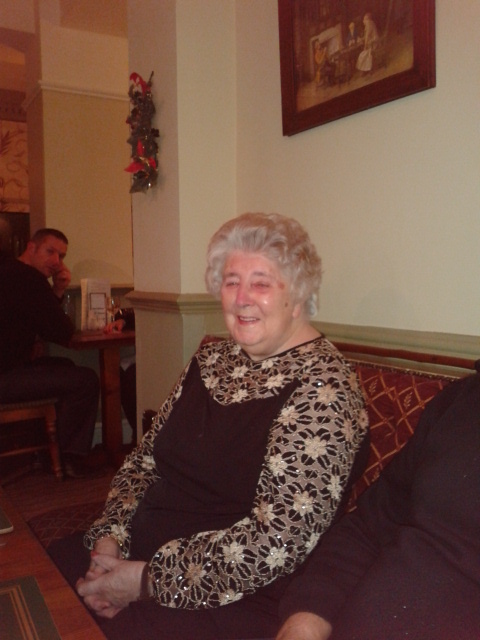 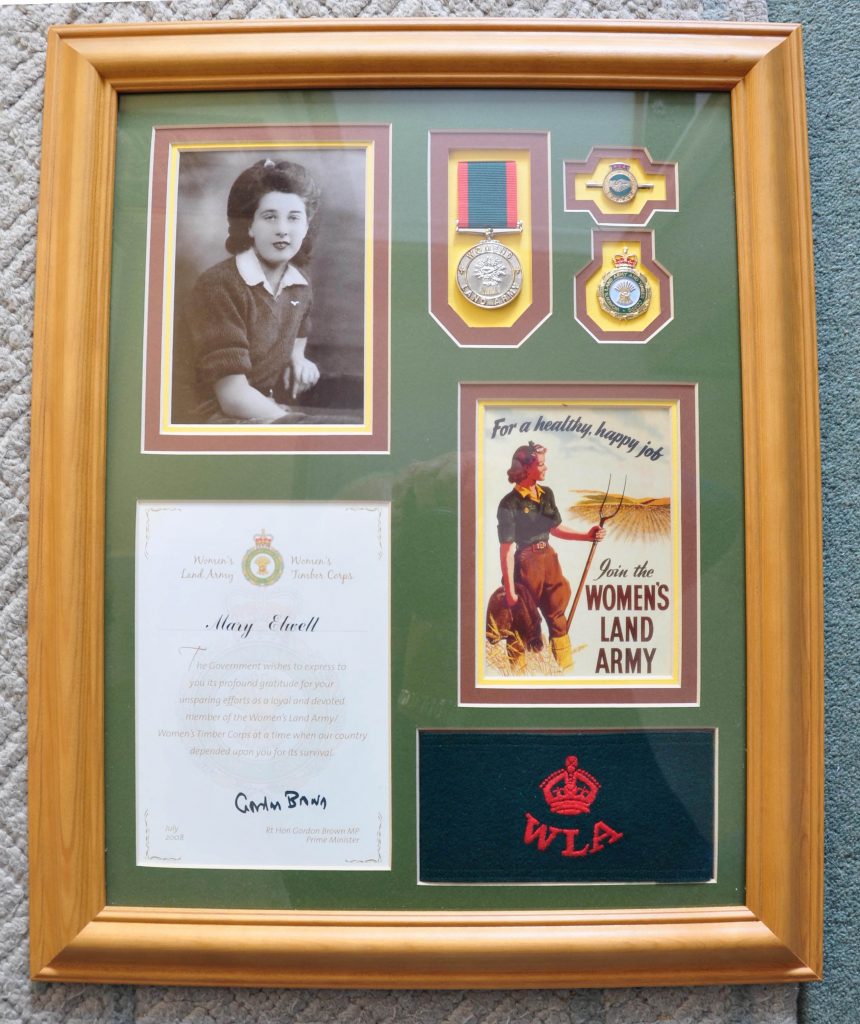 Unveiling of the WLA and WTC memorial in October 2014 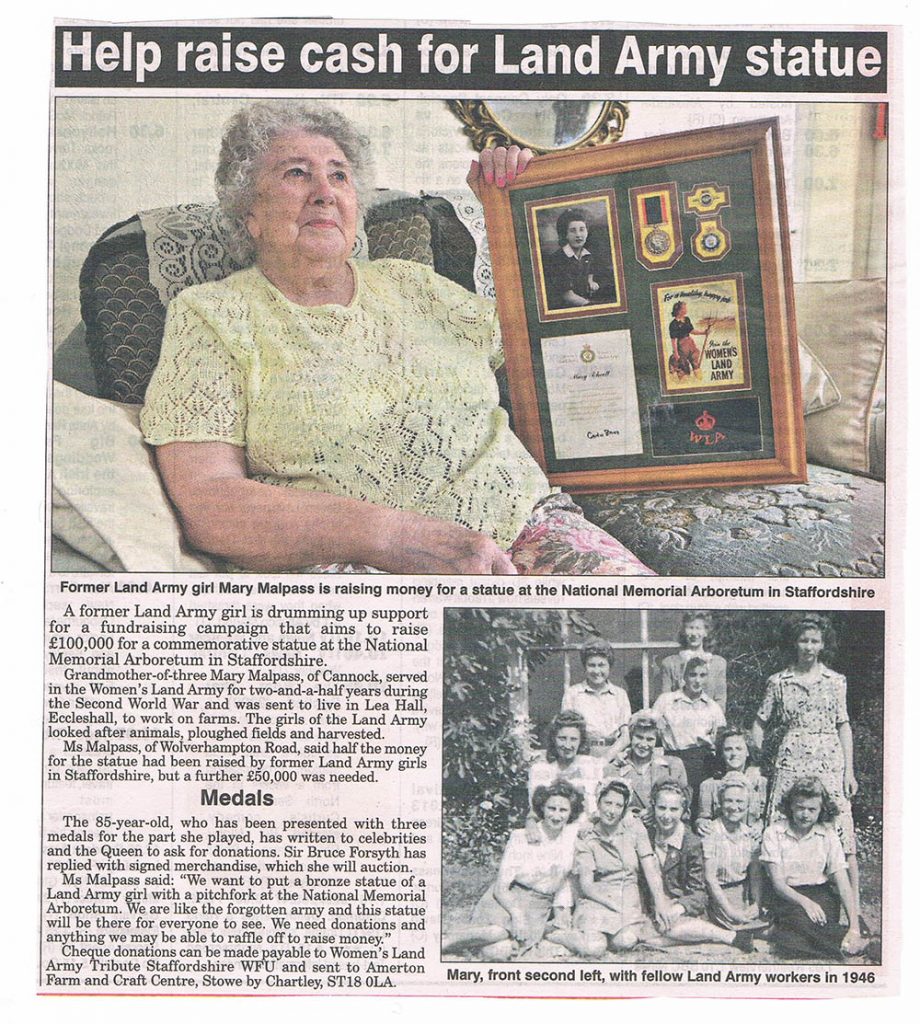 Mary Malpass (in the black coat), shaking hands with Sophie, Countess of Wessex GCVO, at the unveiling of the WLA and WTC memorial at the National Memorial Arboretum.

Mary Malpass being interviewed at the unveiling of the WLA and WTC memorial.