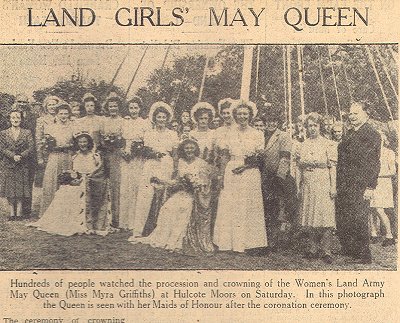 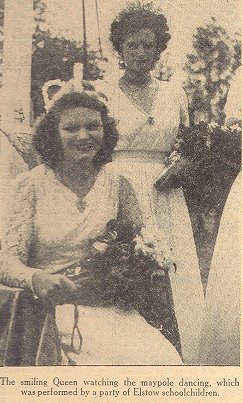 The 1944 May Day event was so successful and drew so much attention, that in May 1945, it was repeated. This time it was held on 26 May. May Day carols were sung at the ceremony and the BBC radio broadcasted it. After the village parade, they then paraded down Bedford High street and it was filmed for a newsreel film report. National, as well as local press also picked it up.

As well as the May Queen, Myra Griffiths, and her maids of honour, there were land girls dressed to represent characters such as the Statue of Liberty (Peggy Jones), Russia (Jeannette Hunter), China (Freda Chessum), Britannia (Christine McGregor), and Lady Godiva (Brenda Collinge).  Pigeons were released by the May Queen. Schoolchildren from Elstow provided a team for folk and maypole dancing.