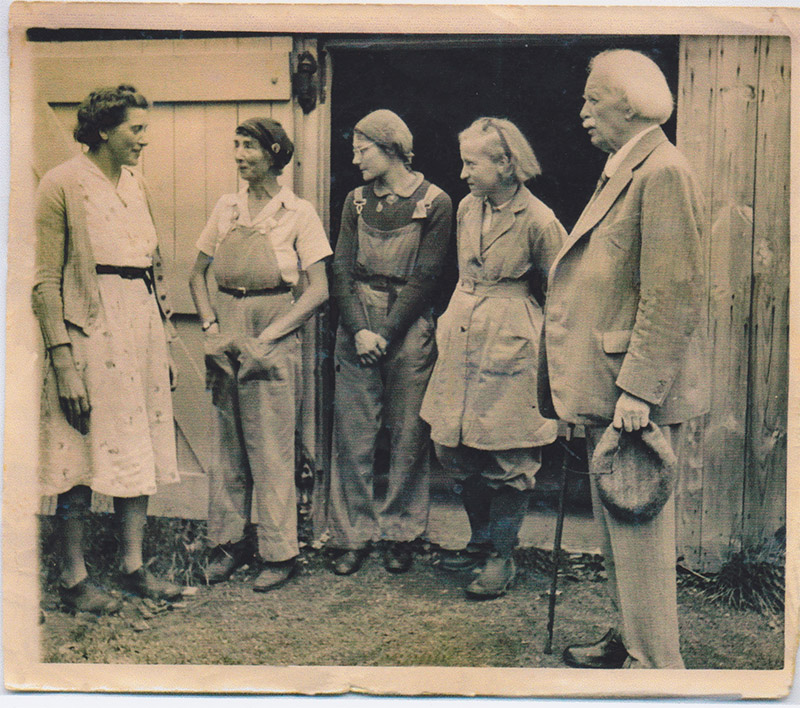 Her name was Hilda Hook and she was born on 31st August 1922 in rural Surrey where she lived her whole life; working as a farmer’s wife after the war and bringing up two children.  Her husband who she met towards the end of the war was some 15 years her senior.   How she came to be in the Women’s Land Army is a mystery I’m afraid although the leap in terms of geography is probably not too great.   I would like to know if she made any friends with any of these women at this time and, if she did, did they stay friends.  I am inclined to think not of the latter as my Mum said that she was always at home when she was growing up and didn’t seem to socialise at all.  She did not as far as I know keep anything from that time other perhaps than memories and the photograph I have.

If you have information to contribute, please e-mail info@womenslandarmy.co.uk