WW2 Photos: Can you help find out more about Land Girl Joan Birchall?

My grandmother Joan Birchall was a Land Girl during World War Two. After the war she immigrated to NZ and married Demond Lynn. Nana Joan died when I was seven years old however I do have in my possession a number of photographs of her time as a land girl and photos some of which have some names written on the back of the photographs.

I would dearly love to have some more information on what Nana Joan did during WW2 as I was to young to realise the significance of what role she played in the war effort but now as an adult realise she must have worked quite hard. If anyone knows what part of England she worked as a land girl what years etc I would be very grateful.

Some of the names in the photos are as follows so if anyone knows of the relatives they are welcome to contact me and I will send them the scanned photo.

There is a photo which says dorm 3. I have had a look at the photo book and it says Hope House Ipswich and there is one with the reference White House Farm Needham Market 1943. So I am guessing this is where she lived as a land girl. 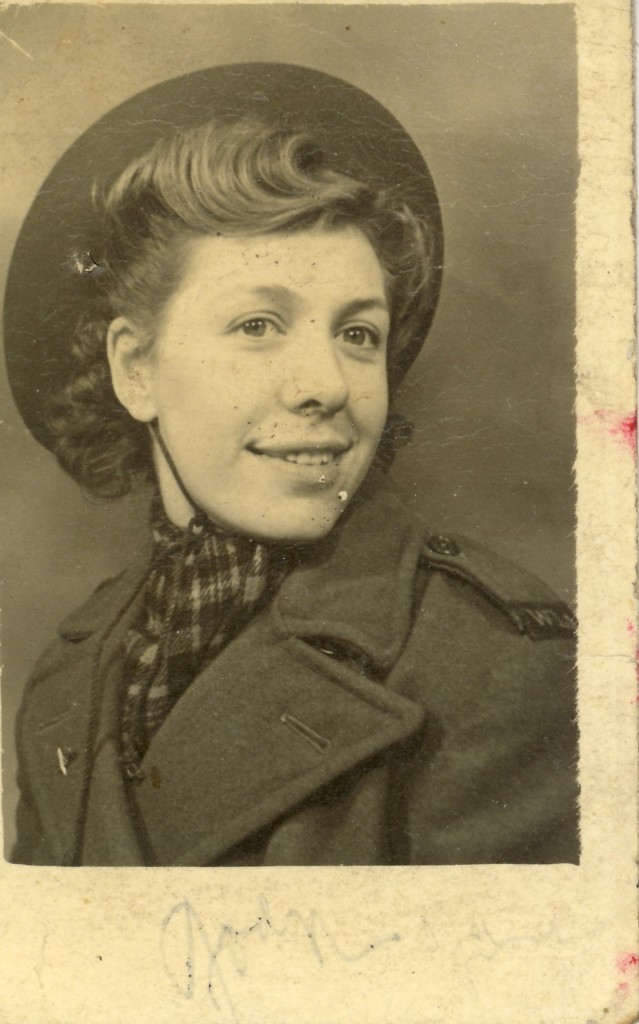 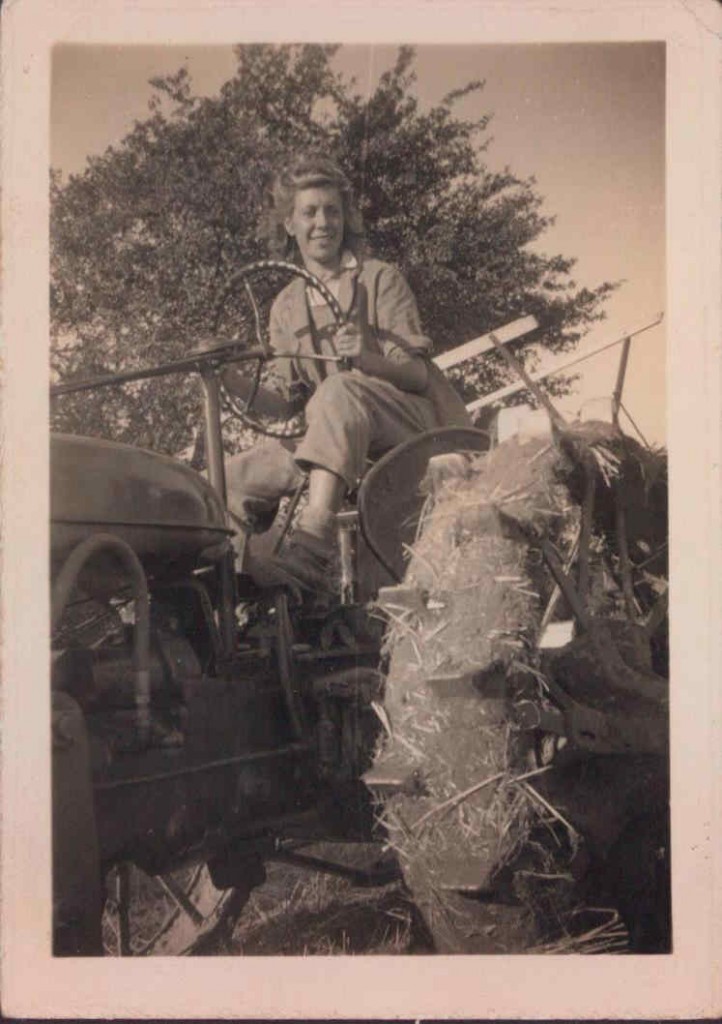 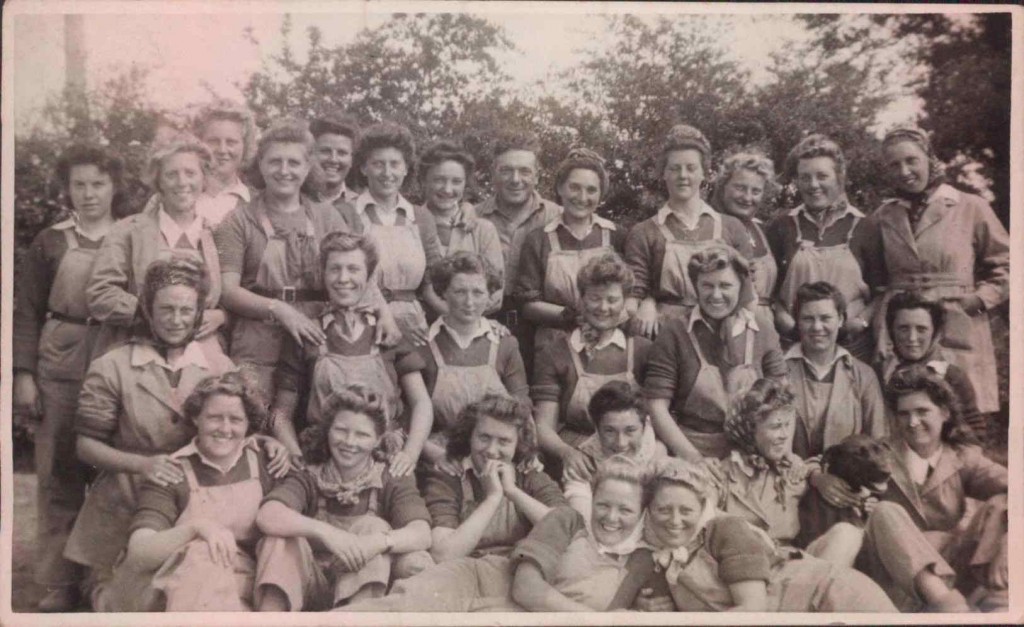 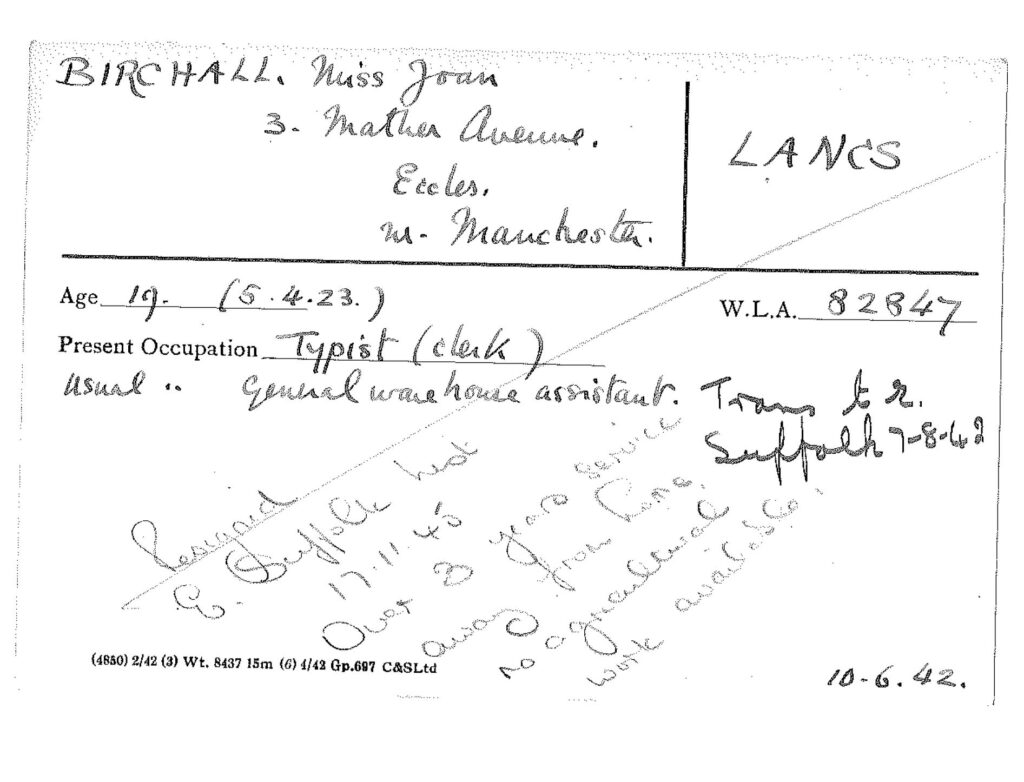 Joan joined the WLA, in Lancashire, on 10 June 1942. Her WLA number was 82847 (which indicates how many young women had joined the WLA by that date, from the start of the war on 3 September 1939) Her address on entry was: 3 Mather Avenue, Eccles, nr Manchester She was aged 19. [Date of birth: 5 April 1923] Her occupation prior to entry was as a typist clerk, although she had earlier been a general warehouse assistant. She was transferred to work as a land girl in the county of Suffolk on 7 August 1942 and served there in East Suffolk for just over three years, leaving on 17 November 1945, aged 23 (the war had ended on 8 May 1945 in Europe with victory over Germany & the final victory over the Japanese came on 15 August).