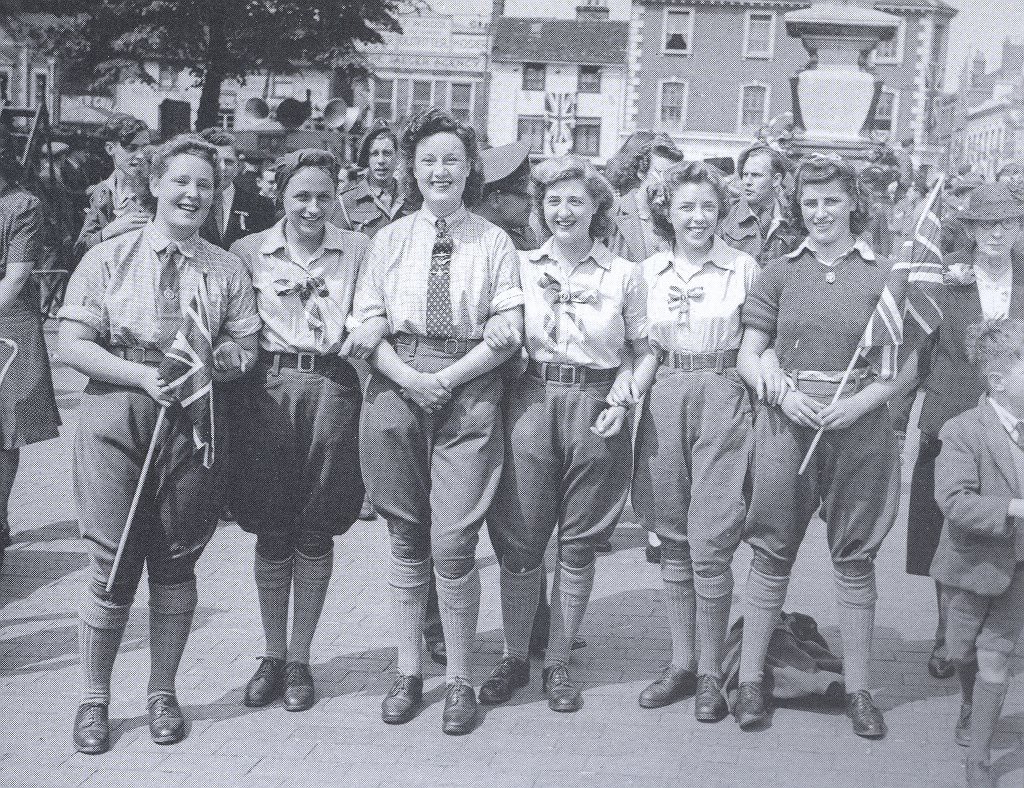 A group of Bedfordshire land girls who joined the crowds celebrating the VE Day radio announcement at 3pm in St Paul’s Square, Bedford, 8 May 1945.
‘Victory in Europe [VE] Day’ marked the end of the Second World War in Europe. The Allies continued fighting in Japan in the Far East until VJ Day [Victory over Japan] on 15 August 1945.
Source: Bedfordshire Times.
Courtesy of Stuart Antrobus