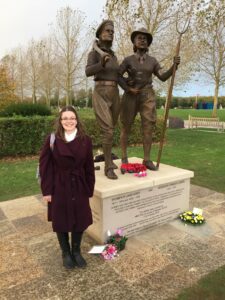 Well another year has passed by and 2014 certainly has been a very special year.

2014 saw the unveiling of the permanent Women’s Land Army and Timber Corps Memorial at the National Memorial Arboretum by HRH The Countess of Wessex GCVO. Without the invaluable work of the Women’s Land Army Tribute and Staffordshire Women Farm and Farming Union, this remarkable milestone in remembering the work of the Women’s Land Army and Timber Corps could not have happened. It certainly was a very special atmosphere as Land Girls, Lumber Jills, their families and other invited guests came together to remember the vital work which women did to keep the country going during both World War One and Two.

Blood Swept Lands and Seas of Red at the Tower of London. November 2014. 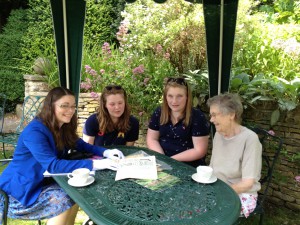 Cherish Watton sharing an issue of The Landswoman to Valerie Linder and her granddaughters at the filming of the Sumer Special of Countryfile.

I continue to thoroughly enjoy adding new content to the website, whether that be photographs and stories that families have sent me, to ‘new’ editions of The Landswoman or The Land Girl magazine. I am working on the development of a central database to try and record all those women who worked in the Women’s Land Army, both during World War One and Two – and this is something I hope to further evolve in the New Year. Many thanks to those of you who have already filled in questionnaires, I hope to get these added to the site very soon.

As 2014 comes to a close, I would like to say thank you. Thank you to all those who continue supporting the Women’s Land Army.co.uk, whether that be looking at new information on the site, supporting on Facebook, following on Twitter or e-mailing me with questions or suggestions. This year has been a year of further partnerships, so a huge thank you to Stuart Antrobus, The Duveen Trust, the Yorkshire Museum of Farming, Bronwen Jones and Catherine Procter who have all, in different plays, had a significant role in contributing to and developing both the website and my plans for it into the future.

As some of you might be aware, I have recently started studying History at Lucy Cavendish College, Cambridge University. Recently, I’ve been reading about the role of online history and came across the term ‘online museum’. Maybe that will describe my website one day, an online museum for the invaluable work which women carried out on the land.

Apologies for the rather long message, but it has been a remarkable year for recognising and remembering the Women’s Land Army and Timber Corps…. 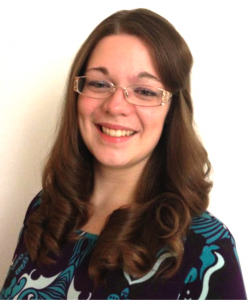 Wishing you all a Happy and Healthy New Year