Laughs Around The Land 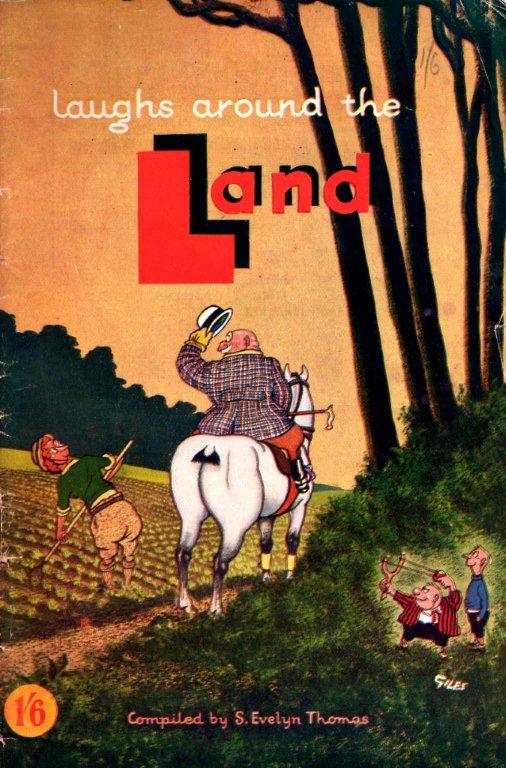 Laughs Around The Land
Courtesy of Stuart Antrobus.

“Laughs around the Land” is a cartoon and jokes anthology compiled by S. Evelyn Thomas, and published in 1947 by P.J. Press, Northolt. It features a Giles cartoon showing a land girl hoeing in the a field, attracting the attention of a mounted gentleman farmer who is clearly pleased to see her.

In the 1940s a whole series of “Laughs around the …” cartoon and jokes anthology paperbacks, all compiled by S. E. Thomas, were published with the aim of raising morale during and just after the Second World War. They each focused on one area of life or group of workers, including “Laughs with the Forces”, “Laughs on the Home Front”, “Laughs with the Home Guard” and so on. Other publishers included George G. Harrap, London, and John England, St Albans.

They all reveal something, not only of the wartime humour, but also the preoccupations, prejudices and concerns regarding the wartime changes in people’s lives and experiences. They also feature some American cartoons from American publications, perhaps to appeal to those GIs over in Britain from 1942 to 1945 fighting the war with the British.