April Cartoon of the Month

Cartoonists (almost exclusively men) were often poking fun at the newly-created ‘land girls’ of the Women’s Land Army in newspaper and magazines during both world wars, but particularly during World War Two. These young women were mainly recruited from towns and cities, in order to provide a new source of labour on the land, and therefore ignorant of country ways and often totally inexperienced when they started work on farms. Many had not ever seen a cow, or other livestock before, let alone worked with them, but were often required to handle them as part of their job. Many cartoons therefore played up to the young women’s naivety for comic effect. As the land girls became more and more experienced, this must have been very irritating to them to see themselves portrayed in this way. Throughout the twentieth century, gender stereotyping was the norm and it was very much a ‘man’s world’, despite the obvious contribution of women in the workplace, and in this case to the war effort. 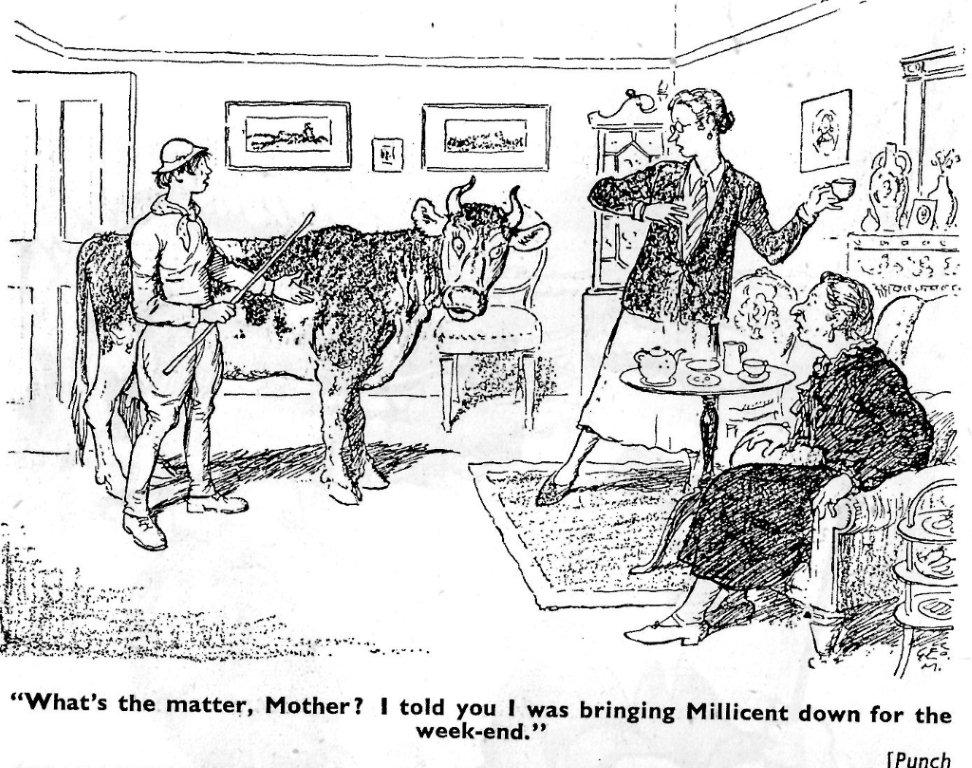 Source: This undated cartoon originally in Punch magazine, and was then included in the 1940s wartime anthology “Laughs around the Land”.
Courtesy of Stuart Antrobus.