Romney Marsh Wartime Collection, Brenzett, played host on Sunday 17 August to ten former ‘land girls’ and one former ‘lumber jill’ as they got together for their annual reunion. The majority were women who had served as members of the Women’s Land Army in Kent and East Sussex during the Second World War but some had served elsewhere in England. Most of them are among up to twenty women who get together every fortnight at Age Concern, Eastbourne, thanks to the efforts of Doris Bradley, who convened the local veterans’ group.

The land girls enjoyed a buffet lunch together and Doris Bradley spoke about the sisterhood of the Women’s Land Army [WLA] which lives on with surviving members. In a brief moving ceremony, a minute’s silence led by museum volunteer, James Sharpe, was held to remember former land girls no longer with us, two in particular: Mildred Bowden and Sissy Collins had played such a vital role in organising land girl reunions at Brenzett in earlier years, when up to 130 had attended one year. Flowers were laid in remembrance by the memorial plaque to the Brenzett WLA Hostel near the entrance to the museum’s main buildings. These had housed land girls during the last war. 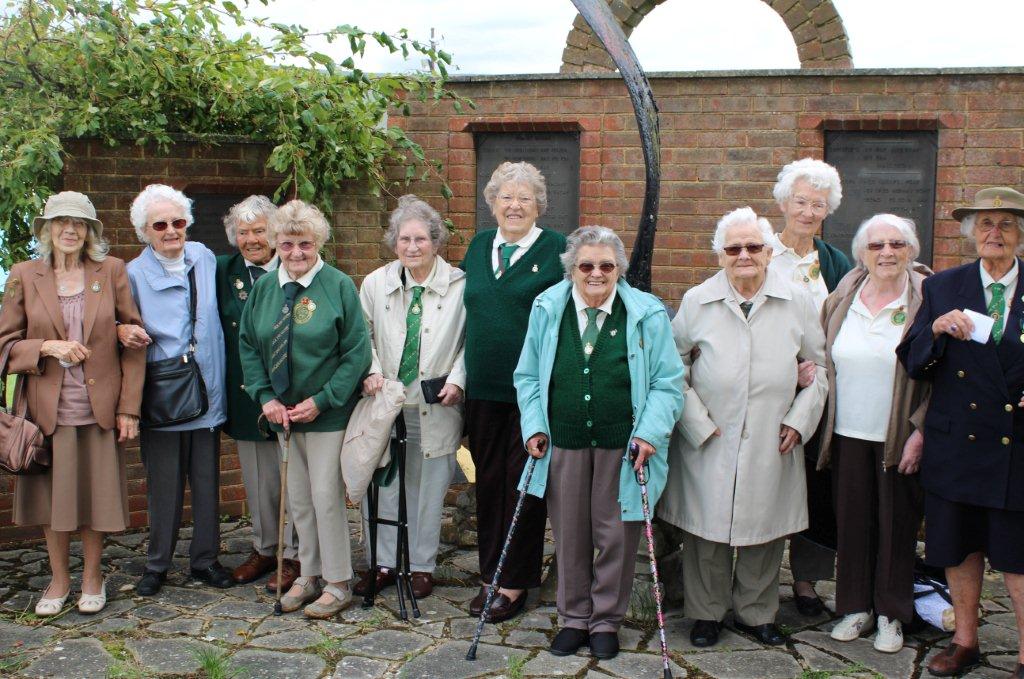 Those former land girls who attended were Joan Boorman, Doris Bradley, Susie Crouch, Rose Daniels, Olive French, Betty Hollingdale, Evelyn Light, Gladys Marshall, Stella Masters and Olive Porritt, plus former member of the Women’s Timber Corps, Molly Paterson. Jessie Matthews had hoped to attend but was absent with a broken wrist. Also attending, with numerous relatives, carers and friends, were Stuart and Anne Olsson, who for many years organised a special, annual WLA remembrance parade at the Cenotaph in London, followed by a get-together lunch at Westminster School.

A small group of local young Royal Air Force cadets played music at the brief outdoor ceremony and John Engleman held aloft a flag to the Women’s Land Army and Timber Corp Veterans. Despite the strong wind that day, the former land girls showed the determination which they had demonstrated during the war. Then, as young women doing extremely hard, physical work on farms and market gardens, they had served their country well by helping prevent Britons from starving. Now in their late eighties and nineties, and some of them getting rather frail, they were determined to get together and remember when they were in their prime. 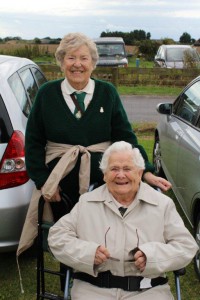 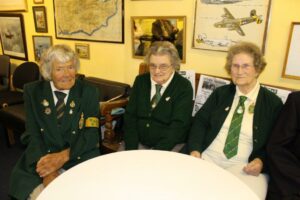 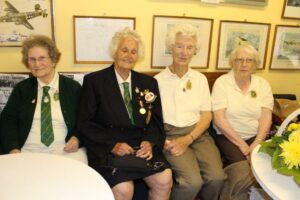 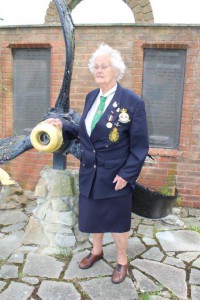