There are few Great War memorials which depict the land girls of the first Women’s Land Army, 1917-19 but here is one, by the distinguished sculptor, Joseph Hermon Cawthra. The image of these young women in their distinctive working uniform, one with a pitchfork and another carrying a lamb, is just one detail from Bury War Memorial, in Lancashire, a large bronze bas relief depicting those who had done their bit for the war effort during the First World War.

Prior to its installation, a model of it was exhibited by the Royal Academy in London. The Bury War Memorial, unveiled in November 1924, comprises a tall stone cross on an octagonal base flanked by a curved wall bearing several bas-reliefs of a very high standard by Cawthra. 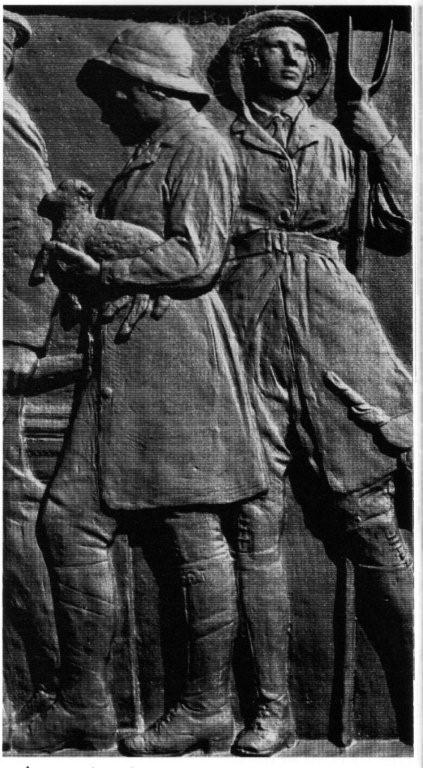