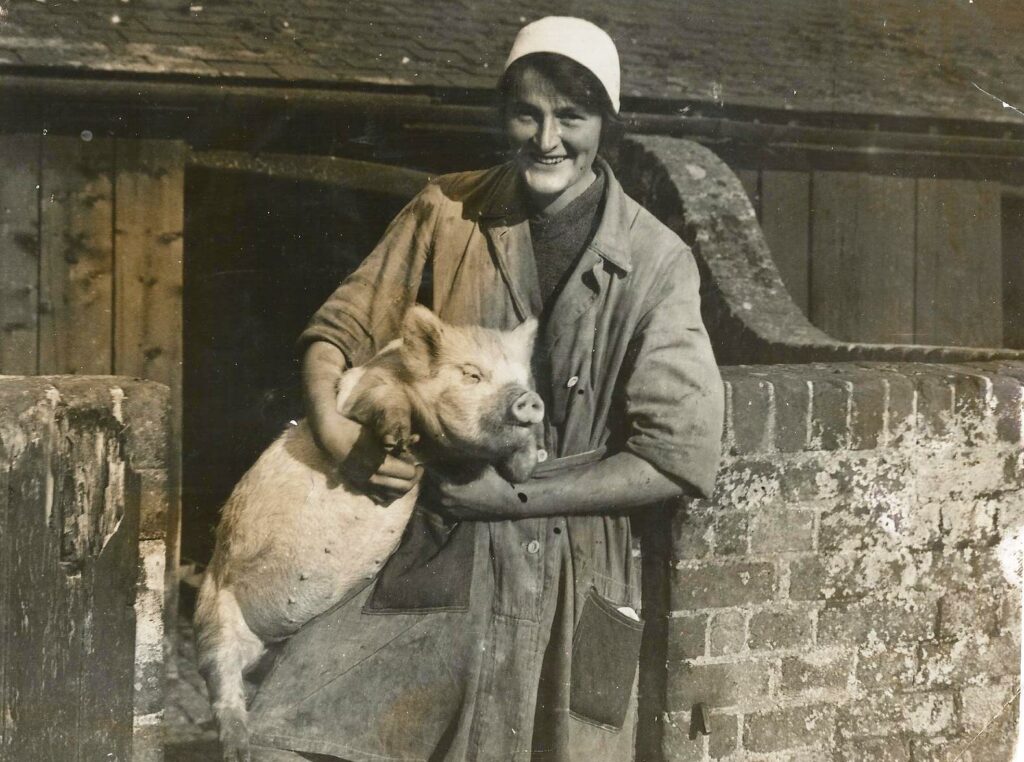 Daisy with pig. This photo published in the local paper captioned “His last picture”. Pencil note 1921.

I believe that she continued working on the land as a copy of the Rules of the Surrey Branch of the National Association of Landswomen was amongst her papers. 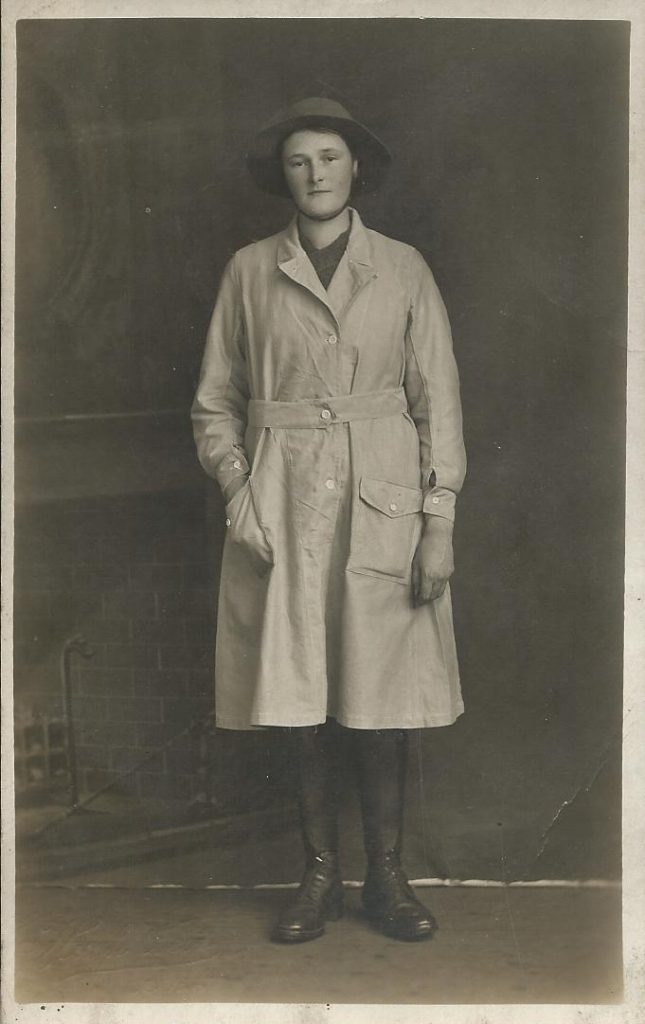 I have Daisy’s WLA/LAAS Handbook, Land Army Agricultural Service (LAAS) badge indicating two months approved service, her armband presented after three months of proficient service and her Good Service Ribbon presented to those who had served six months in the Land Army and had kept up a high standard of work and conduct.

The information on Daisy Dance was brought together as part of the Surrey in the Great War project on which our group, Cobham Remembers, has been working.