Since initially creating the website for my college project, I have continued to develop the site and link with other individuals interested in the work of the Women’s Land Army. I have been in correspondence with a number of historians on the topic, and have been working closely with two in particular, Stuart Antrobus and Dr David Wilson. Both have hugely advanced my thinking in terms of how I looked to develop my own research into the different issues relating to the Women’s Land Army. Through working with Stuart Antrobus, I have found out more about his extensive research into the Bedfordshire Land Army, the impact this has had on individuals trying to trace relatives in that specific area as well as learning about general research approaches for investigating the Women’s Land Army. Stuart is also contributing content to the emerging World War One section, which I have been focusing on this year. Working with Dr David Wilson has particularly opened my mind to the perspective of oral history, especially in analysing what insights can be gained from oral history contributions.

As a variety of individuals started to contribute content, ‘The Archives’ were developed, containing original issues of the ‘The Landswoman’ and ‘The Land Girl’.

As I began linking with, and learning from, historians on the subject, I was also being contacted by people from around the world who were requesting information on the Women’s Land Army – right from advice on how to apply for the commemorative Veterans Badge awarded by the British Government, to relatives of historians passing into my keeping official journals and documents from the period to ‘archive’ on my website. This last point really got me thinking about my site at a much higher level, as being a central ‘virtual’ location where journals, documents, photos, recordings and accounts could be accessed from all around the world. Over the last few months, I have actively developed ‘The Archives’, containing original documents from the period, including magazines such as ‘The Landswoman’ (WW1) and ‘The Land Girl’ (WW2). 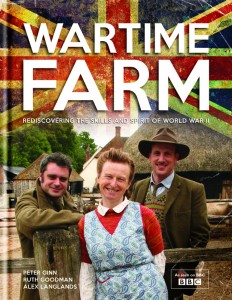 Could the television series ‘Wartime Farm’ be interpreted as an early sign that this specific wartime area of agricultural history was becoming more of an interest to mainstream society?

Along with the work being carried out by the Women’s Land Army Tribute to raise money for a permanent memorial for the Women’s Land Army, this all seems show what a serendipitous moment in time it is to meet the growing demand and interest (coming from a number of different perspectives and angles) in the work these women had undertaken – interest from historians to school students who were researching this topic.

Click here to view the archive of New Year messages, sharing the progress of this website, and work on the WLA and WTC each year.

Find out more about the future of the website here.